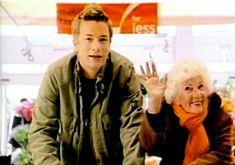 Sainsbury’s has continued to show loyalty to the Jamie Oliver brand following the announcement that the celebrity chef has signed one of the most lucrative endorsement deals of recent years.

Despite Oliver’s continued endorsement, however, the supermarket continues to languish behind Tesco and Asda. However, the chef is credited with boosting Sainsbury’s sales by up to £1.2bn.