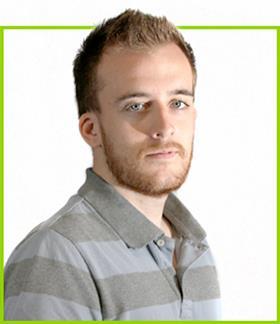 June’s arrival means that summer has officially started, even if the warmer temperatures and blue skies of last year are yet to materialise.

Whatever the weather, the general public are now dutifully reaching for their British summertime essentials – shorts, sandals and… salads. Whether we’ve been asked to bring a ‘jazzy’ side dish to the barbecue on Saturday or we’re attempting a pre-holiday health kick, everyone’s tucking into the green stuff at this time of year.

Salads are more popular than ever, with shoppers spending an extra £125 million in the past year on a category that is now worth a staggering £1.85 billion.

Value sales of salad items increased by 7.2 per cent during that period, mainly driven by a four per cent rise in the average price across the category.

Most people continue to choose salad because they feel it is a lighter, healthier choice and two-thirds of us opted for it in 2018 for that reason. Peppers did particularly well on this basis, with 72 per cent of customers adding them to their baskets for their perceived health benefits.

Other individual salad items are also performing well. Now an increasingly popular addition to cocktails as well as salads, cucumber sales have risen more than any other salad item, with the additional £36m spent in the past year making it a £260m market.

Cucumber now comes in third place behind tomatoes and peppers and, while some of this surge can be attributed to an average price increase of 12 per cent, this is offset by inflation across the total market.

The versatile tomato has long been a staple in the weekly shop for many people and it remains the frontrunner in the salad market. Shoppers took home £796m worth of tomatoes during the past 52 weeks, equating to a 43 per cent share of the salad market.

There are signs of new trends too – sales of watercress, though only worth £3.7m, have jumped in value by 35 per cent in the past year and it is the fastest-growing sub-category within salads.

Its peppery flavour can be a divisive addition to a plate but, whether you love it or hate it, you may well be seeing more of it this summer.