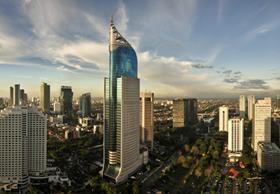 There is a lot of talk about the exciting opportunities for British products and services in a post-Brexit world, outside of the EU and often in Asia. This applies, not least, to the agricultural and horticultural sectors, as we look to embrace life after the Common Agricultural Policy and develop our own UK-specific way of managing the agri-food sector.

Most people now know the number of Asian consumers is set to grow by around 1.5 billion over the next generation, and economic growth is also set to be strong. The key driver of this is a combination of strong demographics, robust macro fundamentals and greater trade integration with the rest of the world. Government policies across the region are often aimed at reform in the key areas of economic and trade policy.

While the opportunity in Asia is clear, picking the right market, at the right time, across such a diverse region is still a major challenge. For this reason, based on the insight that we’ve developed from looking at emerging markets in Asia, I’d recommend considering the following questions to help identify the right market.

Is there a large, growing population that is increasingly wealthy? Is the economy strong per se? Is there a history of needing (or wanting) to import? Not just in horticulture, but across the agri-food sector generally. How strong (or not) are the tariff and non-tariff barriers to entry? Is there a rapidly developing retail and foodservice market?

All of these factors are typical of Indonesia.

What do we know about Indonesia?

With a population of over 260 million, of which 50 per cent is aged between five and 34, a fast-growing middle class estimated to be in the region of 40 million already, per capita income of over US$11,000 (when adjusted by purchasing power parity), and robust economic growth of some five per cent per annum, the attraction of Indonesia starts to become clear.

The retail structure is still dominated by traditional outlets, but modern supermarkets are becoming more influential with the like of Carrefour, Giant, Lotte Mart, Spar, Aeon, Circle K, Lawsons, Family Mart and GS Supermarket (a Korean chain) all present. Hypermarkets, supermarkets, convenience shops and minimarkets are all present especially in the Indonesian capital, Jakarta, and other major urban centres.

Production, imports and the role of government

Local horticultural production is in the region of 18mt per annum. This production is dominated by crops such as bananas (almost 50 per cent of the total), as well as other products, such as mangoes, papaya, citrus and then more local items, such as dragonfruit, rambutan and durian.

However, based on our knowledge, the overall small-scale structure of Indonesian production struggles to compete with imported fruit, on both price and quality. This is linked to the often poorly developed physical infrastructure in terms of cool stores, handling/packaging and distribution. Distribution in particular is a major challenge, because Indonesia is made up of thousands of islands, although 60 per cent of the population live on Java alone.

This sees the import market well supplied by the likes of the US, Australia, South Africa, Argentina, China and Thailand. China and Thailand obviously enjoy a degree of geographic proximity and the US and southern hemisphere suppliers have been quick to spot the opportunity and develop commercial links in to the Indonesian market. And, of course, they have good quality products.

Import volumes can be substantial: around 150,000t of apples are imported per annum, and another 120,000t of pears, along with other products such as citrus and grapes. This is despite the Indonesian government’s support and incentives for horticultural producers, and at times, open manipulation of non-tariff barriers which can restrict imports at certain times of the year.

Based on market experience, it seems unlikely that the UK will be exporting huge volumes of produce to Indonesia, but some niche market opportunities will clearly exist. Where, however, the UK might be able to see more success is in the provision of technical skills and educational training services, an area we are inherently strong in.

This is all part of an estimated $400bn global ‘agri-tech’ market covering the need to find solutions to complex challenges surrounding the requirement for more ‘resilience’ in the supply chain, use of water, climate change, the environment, labour and the opportunities brought about by the move towards a digital economy. These sorts of issues are all beginning to impact on Indonesia.

This is a strength for the UK as our supermarkets have demanded that produce companies are well resourced in these areas in the drive to develop highly efficient supply chains. And this is where countries such as Indonesia are eventually heading.

In the global top five?

Indonesia has seen an economic growth rate over the last 10 years only behind Turkey, India and China in the G20’s major economies. It’s already the fourth-largest economy in Asia, behind China, Japan and South Korea. And by 2050, it’s predicted that it will be the fourth largest in the world.

For a country that most in the UK probably know very little about, it surely has to be in the mix for future business development. And the sooner we start doing so the better, unless we want to miss the opportunity altogether.