Why the government's SAWS call is all wrong 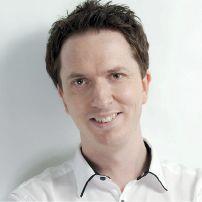 The government’s absurd decision to axe the Seasonal Agricultural Workers Scheme shows a complete lack of understanding of the food production sector.

Immigration minister Mark Harper seems to think that Romanians and Bulgarians gaining full EU working rights from next January means there will be more than enough people to fill the horticultural industry’s needs.

But the opposite is the case. The fact that people from these two nations will no longer be restricted to agricultural and other limited work means they will be far less likely to want to take employment as pickers and packers. After all, would you want to work in a freezing Lincolnshire field when you could take a job in a nice warm office?

It may be a vote winner to be seen to be restricting the flow of immigrants into the UK, but if it’s all a PR exercise then it could turn into a massive own goal if we get scenes of fresh produce rotting in fields because nobody is around to pick it.

The government has got this one totally wrong. Food security should be a top priority, and at a time when domestic sourcing is high on consumers’ wish lists, the decision is even more barmy. It’s not too late for a rethink.

HR and people issues will be among the topics up for debate at the Re:fresh Conference on 10 October, which is followed by what looks set to be a superb night at the awards. Be sure to check it out and book your place for one of the highlights of the year!