Why there are bigger issues than labour pains 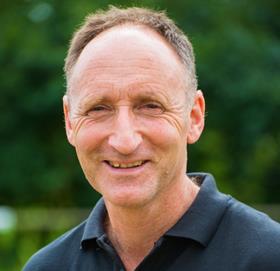 'The production of soft fruit in the UK is almost exclusively reliant on seasonal workers from the EU, a significant proportion of whom enter and leave the UK annually.'

This is one of the summary comments cited in the British Summer Fruits Seasonal Labour report. Clearly then, the threat of closed borders for workers if Britain leaves the EU is not something that is being welcomed with open arms.

And, although the reintroduction of the Seasonal Workers Permit Scheme in March of this year as a pilot was greeted with enthusiasm, the reality is that the 2,500 permits being issued represents a major shortfall when you acknowledge that the figure should be more like 75,000.

So, as an established soft-fruit grower it was uplifting to finally receive a piece of good news last week, following the Home Secretary’s comments that ‘rather than putting the brakes on immigration immediately the government would instead return to a previous policy of allowing all EU/EEA and Swiss nationals entering the UK between the planned Brexit date of October 31 2019 and the end of 2020 a 'three-year temporary leave to remain'. At least this gives us a temporary stay of execution.

But while there is much media ‘noise’ surrounding the potential limitations of accessing the EU workforce due to the political landscape, there is a bigger issue at play here. The reality is that, regardless of whether the borders are open to these highly valued workers or not, they may simply choose to not work in the UK.

As recently reported in The Guardian, the opportunities for eastern European workers, who comprise the vast majority of Britain’s fruit pickers, have definitely moved up a gear and they are now able to be more selective in terms of their preferred employer, sometimes resulting in workers coming over and moving on from a farm shortly after arriving in pursuit of a better offer.

Combine this with the tax incentives that Germany has introduced for foreign workers and the expanding Romanian and Bulgarian economies and suddenly, Britain does not seem such a rosy option. The Guardian reports that 'workers from Romania are no longer earning six times what they would back home', which is resulting in many Romanian natives returning home in the late autumn, when they will have earned the maximum they can before being required to pay tax.

Introducing robots as an alternative to take on the workload is not an option yet in our sector. With regard to picking raspberries – our major crop – prototype robots are a very long way from being able to pick with the required level of skill and speed and in any case, the significant investment costs associated with a move to this technology will initially be too prohibitive for farming businesses to make.

We would be better placed to grow our crops in countries where the wages are lower and then airfreight the berries back to the UK. That is assuming the consumer is prepared to pay for the food miles from an environmental perspective. Cost-wise, such products would be cheaper. Will a future government be willing to support the industry through subsidies or import tariffs in order to maintain food security?

The current trend from policymakers, i.e. to put more emphasis on the environment and less on food production, will inevitably result in the inflation of food prices; either way the consumer will pay more. Maybe farming should just be left to the market forces, no subsidies, no protection. We did it to the coal, steel, and utility industries, so why not do it to the food industry?

The situation we as fruit farmers find ourselves in today is a scenario that periodically arises as the source of our labour becomes capable of rewarding its own workers to a level that makes them no longer economic migrants. Realistically, the government is going to have to allow workers from the next most economically impoverished nation into the country to undertake the work that UK citizens simply don’t want to do. Hence the solution to our labour problem is quite simple and has been solved countless times in the past, however the political will to make it happen is understandably not.

But while today’s focus seems to be on the labour problem, going forward a much bigger issue for those in this industry will be access to capital.

Farming has changed dramatically. As fresh produce crops are increasingly being seen as a commodity, over time, prices will fall, as will margins. For a business to succeed, it will need to become a large-scale operation so ultimately, we will see a contraction in the number of farms but those that exist will be on a much bigger scale.

These new farming businesses are unlikely to be the family concerns we have seen in the past. The route to developing these substantial farming enterprises will be by consolidation and amalgamation. This clearly requires significant capital investment. For those who are unable to access funds to support this trend for acquisition, diversification or downsizing to niche markets will be the key to survival.

More businesses will be looking to identify fresh income streams which will make it possible to spread the risk when trading conditions for certain crops become challenging. For example, at Chambers, we recently invested in a prepared fruit facility to reduce our high dependency on the sales of whole berries to the multiples. By supplying a product that can be sold into foodservice as well as into the multiples, which capitalises on the current consumer trend for healthy, ready-to-eat snacks, we are trying to place our eggs in more than one basket. Only time will tell if this has been a wise decision.

The farming landscape is changing fast. Only those that are prepared to adapt their businesses will survive.