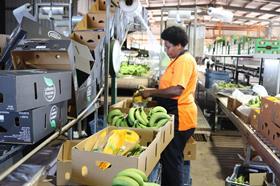 Announced by Australian senators Marise Payne and Zed Seselja today (23 November), the reforms include the consolidation of the country’s Seasonal Worker Program (SWP) and Pacific Labour Scheme (PLS) into a single programme, to be administered by the Australian Department of Foreign Affairs and Trade.

“The fresh produce sector has been committed to developing a productive and returning workforce,” said Michael Rogers, chief executive of the Australian Fresh Produce Alliance (AFPA).

“This commitment has seen workers from the Pacific become more important than ever to Australia’s fresh produce industry. The improvements to the PALM scheme announced today will see the programme continue to grow and benefit employers and Pacific workers.”

Under the streamlined PALM scheme, seasonal workers will be able to move between employers more easily and apply onshore for a longer-term visa where an employer has identified them for ongoing or year-round work.

“These reforms are very welcomed by employers because what we’ve seen during Covid is that the fresh produce industry is moving towards a smaller, more productive workforce,” said Rogers. “Enabling workers to more efficiently move between approved employers will help drive workforce productivity and maximise worker earnings.”

Ausveg, the peak body for Australian vegetable and potato growers, also expressed its support the reforms.

“The SWP and PLS are important labour programmes for our industry, not just as a source of critical labour during the current labour shortages, but also as programmes that prioritise workers’ welfare and allow our industry to develop close ties to our regional neighbours and support workers and their communities,” said Ausveg chief executive Michael Coote.

“Streamlining the application process for businesses to access workers under the consolidated PALM scheme will benefit workers and approved employers that can demonstrate a good record that also have financial capacity to support workers.”