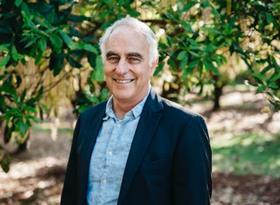 Jolyon Burnett will step down as chief executive of the Australian Macadamia Society (AMS) when his contract expires in August.

Burnett has led the peak industry body for the past 14 years.

“When Jolyon joined the AMS in 2008, the industry was facing significant challenges,” according to a release from AMS. “Since then, he has re-built and strengthened the organisation with outstanding commitment and professionalism and been a passionate advocate for our industry at all levels of government, as well as the global stage.

“The AMS is now regarded as one of Australia’s strongest horticultural organisations, representing more than 85 per cent of Australia’s macadamia production.”

During his tenure, Burnett oversaw the development and growth of the industry-wide Australian Macadamias brand.

He also took a particular interest in the Macadamia Conservation Trust, and more recently, worked with the global industry to establish the World Macadamia Organisation.

The AMS board will commence recruitment for a new chief executive in the coming months, allowing time for a transition and handover of responsibilities.