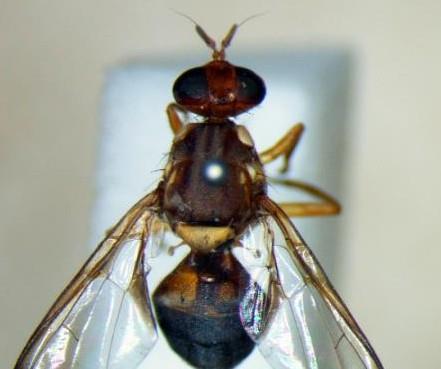 The discovery of fruit fly larvae during a routine inspection at Biosecurity Tasmania’s Devonport control centre has been contained, with the shipment – over 1,000 trays of Queensland-grown mangoes – either destroyed or re-exported.

The larvae were detected on January 1 by a Biosecurity official who reportedly saw marking on the fruit and launched an investigation.

According to Biosecurity Tasmania general manager, Lloyd Klumpp, the larvae infected a single piece of fruit and represented an extremely low risk overall.

'It was an indication to us that the fumigation process had not worked for that particular piece of fruit,' said Klumpp.

'As a precautionary measure we then trigger a set of procedures to identify all at risk fruit, so any fruit within that particular consignment or any other fruits we considered at risk.”

'We've just put on 20 new positions in Biosecurity Tasmania, doubled the number of detector dogs and this is very important.”

The strong response to this seemingly minor detection is, in part, a reflection of the last time larvae was discovered in Tasmania.

The discovery of fruit fly on Flinders Island, off the North-East coast of Tasmania, in January 2018 was laterdeclared an outbreak.

Strict trade and production regulations were put in place for the majority of 2018, withthose regulations finally lifted in January 2019 after six-months without a detection.