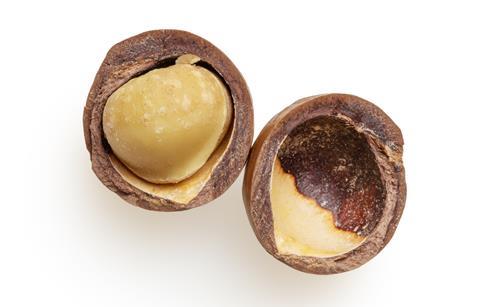 The Hort Innovation-funded national macadamia breeding programme led by Queensland Alliance for Agriculture and Food Innovation (QAAFI) has found one trait which produces a shorter tree variety and a second that triggers earlier nut production from young trees.

“The first trait involves reducing the height of mature trees from an average of 15 metres down to around five,” Alam said.

“This means pruning the trees is less labour-intensive and costly and harvesting the nuts is easier.

“The second trait reduces the time before new plantings produce nuts from five to three years, meaning growers will be earning an income sooner after the costly establishment of an orchard.”

Trial plantings of trees with those traits are ongoing but there have already been significant improvements.

“So far yield with the new tree architecture has reached as much as seven kilograms per tree after just four years,” Alam said. “This equates to 2.1 tonnes per hectare nut-in-shell.”

Farm manager at Alloway Macadamia near Bundaberg, Johan Oosthuizen, worked closely with the research team and said the new tree varieties had made a positive difference.

“We are seeing production of good quality kernels starting in the third year after planting, where in the past we had to wait a further two years,” Oosthuizen said.

“Some of these varieties are also smaller in structure so tree maintenance overall is reduced and delayed, which has a positive effect on your return on investment.

“I would recommend these varieties to growers so that they can make the most informed decision for new orchards. Orchards are a long-term investment, and the grower needs to get it right from the start.”

Hort Innovation research and development manager Vino Rajandran said the breakthroughs are a great example of grower levies in action.

”These traits allow for the development of future high-density orchards that go into production early,” he said. “This accelerates the potential return on investment for Australian growers”

“We have demonstrated we can acquire the expertise needed to make an industry-relevant genetic gain,” he said. “That opens up an exciting new phase in macadamia breeding.”