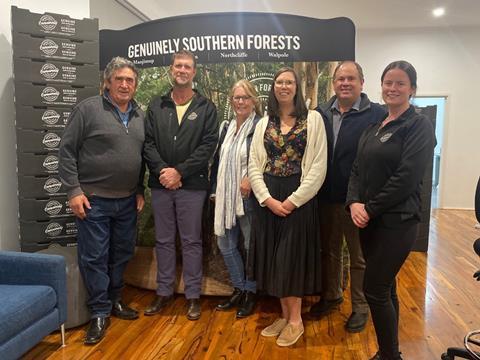 Over the past decade the council has represented and promoted the Southern Forests region’s diverse and premium food and wine offerings, both domestically and on the world stage.

“It’s hard to believe that ten years has passed by, and it is full credit to the incredible local growers who backed an idea that has led to some amazing outcomes and genuinely helped to establish the Southern Forests’ reputation as the premium food producing region for this state,” said SFFC general manager Laura Bolitho, who has been with the organisation in various roles since its inception.

The council was established with the support of the West Australian government’s Royalties for Regions programme and the Shire of Manjimup. It was formally incorporated on 24 September 2012 by local growers.

The SFFC acknowledged the ten-year milestone by raising a glass with members at its annual general meeting in October.

Preparations are under way to celebrate the SFFC’s milestone and the Genuinely Southern Forests brand’s tenth birthday in 2023.

“The Southern Forests Food Council has achieved a great deal as a grower-led organisation and through the support and efforts of the local producers we have proudly achieved our ten-year milestone this year,” said SFFC independent chair Kieran Kinsella.

Monica Radomiljac, SFFC vice chair, highlighted the support of the Shire of Manjimup and the SFFC’s partnership with the South-West WA Drought Resilience Adoption and Innovation Hub, which have secured the council’s viability through to 2024.

“The future of the organisation is fraught beyond this point. We will of course continue to identify and seek out funding and investment opportunities, and with our committee and the support of local growers we hope to identify a long and viable path into the future,” said Radomiljac.