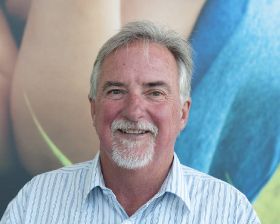 The surprise election outcome has seen the National Party replaced by a coalition government formed by Jacinda Adern’s Labour Party, the nationalist New Zealand First Party and the left-leaning Greens.

Freshmax was in the process of lining up new foreign investment partners in the group prior to the New Zealand election. But the change in administration to a government that has already voiced its opposition to foreign investment in New Zealand’s farming sector has forced the group to review its position, according to Freshmax chairman David Smith.

Freshmax’s existing private equity partner Maui Capital, which purchased 60 per cent of the group’s stock in December 2011, has completed the term of its five-year investment fund. Maui kicked off a sale process for Freshmax in January this year, bringing in Goldman Sachs to prospect for potential investors in Freshmax, both domestically and offshore.

“We have been through a process for six months and looked at a number of opportunities to invest fresh capital into the company,” said Smith. “We’d been working to a timeline to try and do something this year, then along came a major political change in New Zealand.”

“The new party has said there will be no foreign investment in rural land in the future, so we have called timeout on the process for the moment. All the investors we had been looking at were from overseas, and we own or control over 500ha of rural land in New Zealand.”

While headquartered in New Zealand, Freshmax was registered in Australia in 2006 after Sydney-based Wolseley Private Equity (WPE) bought a 50 per cent share in the group to drive a series of acquisitions in Australia. WPE sold out to Maui Capital in 2011, but Freshmax remains an Australian-owned company. As such, Smith said the company must operate under New Zealand’s Overseas Investment Office (OIO) rules and ensure it is “OIO-compliant”.

“With any rural land we buy, we must apply to OIO for that transfer, so we have to be careful about how we attract foreign investment,” he said. “With any foreign buyer, we’d have to consider what would happen from a political point of view – it would be unwise to jeopardise our OIO position.”

Smith said Freshmax will explore investment options again in 2018 once there is more clarity regarding the new government’s position and requirements. “The options will be looked at again next year, and we’ll seek advice from lawyers and consultants regarding the best investment structure and position in New Zealand,” he said. “We expect that some of the international money will be a lot easier to invest in terms of what gets approved and what doesn’t.”

There has been speculation in the trade that negotiations are at an advanced stage for the sale of a majority stake in Freshmax to a Chinese-owned business with significant fresh produce distribution channels of its own. Smith confirmed there were serious offers from two Chinese companies, but said these were among a number of options in front of the company prior to the election.

“It has also been suggested in the media that we’ll end up with an initial public offering (IPO) in Australia and New Zealand,” he said. “The truth is that all options are being considered by shareholders and the board and nothing has been concluded at this point.”

While Freshmax is seeking fresh capital to continue its expansion, Smith said there was no desperate need to bring in new investors and that the group still had the full backing of its 60 per cent private equity partners. Englishman James Marshall, who runs a Singapore-based investment house, holds 12 per cent of shares, which he purchased in 2015 through a co-investment with Maui Capital, which retains 48 per cent. The balance of shares is held by Freshmax management in Australia and New Zealand. “Maui has other active funds and if there was some urgent opportunity or special requirement for capital they would be able to secure the money,” said Smith.

Freshmax wholesales, imports and exports fresh produce in Australia and New Zealand while also having significant farming operations in both countries and a global network of trading operations through its subsidiary Valleyfresh Global. More than half of the group’s A$650m revenue now comes from its international operations.

Freshmax's private equity partners have funded significant expansion for the group over the past ten years, Smith noted. Before WPE’s investment in 2006, Freshmax was a NZ$100m group, but the Sydney-based private equity partner helped to fund the acquisition of Deluca Banana Marketing, Holman Fresh, Panda Ranch and other farming groups in Australia.

Following the subsequent investments from Maui Capital in 2011 and James Marshall in 2015, Freshmax bought Australia-based trader and pre-packer Valleyfresh Group and major New Zealand pipfruit grower-packer-marketer Crasborn along with several other farming interests in Australia and New Zealand. “Our recent expansion has changed the focus of the group from an Australasian domestic trading company to a vertically integrated international business,” said Smith.

Read an exclusive interview with Freshmax Group's new CEO Murray McCallum in the Summer edition of Produce Plus and Dec/Jan edition of Asiafruit.