CP All plans to increase its 7-Eleven store numbers in the Thailand market to 10,000 over the next six years 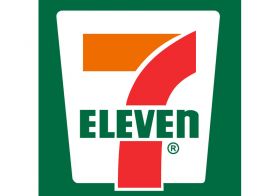 Thai 7-Eleven operator CP All has announced plans to expand its store numbers to 10,000 by 2018 to keep its profit growth rolling.

CP All currently has 6,700 7-Eleven stores in Thailand, making it the third largest operator of the convenience store chain after its US parent company and Japan’s Seven & I Holdings.

“There is vast potential for Thailand’s retail market,” CP All’s president Piyawat Titasattavorakul told Bloomberg. “We are still in the early stages of a consumer-spending boom.”

CP All hopes to maintain annual profit growth at 15 per cent with the growth in store numbers, which will see more than half of the new stores opened outside Bangkok.

The company’s profit jumped 20 per cent in the second quarter to Bt2.6bn (US$83m) and has increased five-fold in as many years, reported Bloomberg.

CP All has also expressed an interest in opening 7-Eleven stores outside Thailand, and has applied for the rights to operate the chain in southern China, which Piyawat said may be approved within the next two years.

“China and Vietnam have large populations and strong economies that will offer opportunity for us,” Piyawat said.

“For Vietnam, we have been exploring the market for several years. The country’s high inflation rate and economic crisis has delayed our plans. We will begin looking at it seriously again after the crisis has subsided and the economy is growing again.”