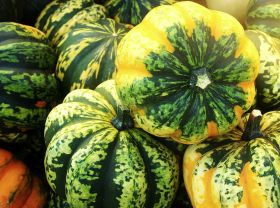 Tongan squash exporters believe they could double international shipments within the next five years, according to Afeaki, chairman of the PHAMA Tonga Market Access Working Group.

Members of the People’s Rebulic’s General Administration of Quality Supervision, Inspection and Quarantine (AQSIQ) visited Tonga late last month to inspect various squash production and packing operations. Afeaki said the AQSIQ officers were impressed with what they saw, prompting hopes that exports could get underway in late 2016.

“The Chinese delegation stated that Tongan squash is good quality and tasted very nice,” Afeaki told Matangi Tonga following the inspections. “They will write a report and name what they want Tonga to do in order to export squash to China. They say six to 12 months for this process, which is why we are looking forward to exports starting in October next year if everything goes well.”

The Pacific Islands nation currently exports just over 3,500 tonnes of squash per season, which traditionally spans October to March. Tongan exports would thus fill a gap in Chinese production over the Northern Hemisphere winter.