With a rapidly growing economy, South East Asia is the most recent focus for investments by the Alibaba Group 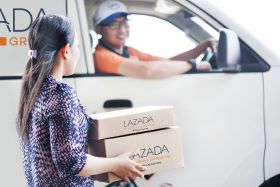 After investing US$2bn into South East Asian online platform Lazada, Alibaba Group has announced it will invest a further US$2bn to advance developments at the shopping giant.

In 2016 Alibaba acquired control of Lazada with a US$1bn investment and increased its stake to 83 per cent in 2017 with a further US$1bn.

Lazada chair, Lucy Peng, will also head the company as CEO. Peng is one of the 18 founders of the Alibaba Group and a senior partner.

“With a young population, high mobile penetration and just three per cent of the region’s retail sales currently conducted online, we feel very confident to double down on South East Asia,” said Peng, adding that Lazada is well positioned for the next phase of development.

Lazada was launched in 2012, and has its headquarters located in Singapore. The company’s e-commerce platform now has over 145,000 local and international sellers, as well as 3,000 brands serving more than 560m customers.

South East Asia’s population of 650m combined with a rapidly growing economy offers an immense potential for online retail business, according to Alibaba. A recent report conducted by Google and Temasek slated the region’s economy to hit US$200bn by 2025.

The move runs parallel to the tentative entry of Amazon into Singapore.