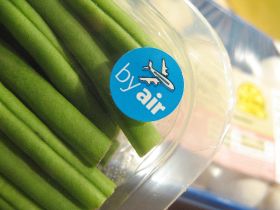 Currently, the company operates a 3,500 square meter facility, with the investment extending it an additional 1,500m.

“We started off [operations in Nairobi] with five jobs in 2015 before raising it to 200 employees when we partnered with Airflo and after we bought out the 75 per cent majority stake in 2016, we have since expanded our services and now employ 300 staff members,” Karlen said.

The company also said in a statement that Kenyan products are becoming more prominent in existing (mostly European) markets, but also in new ones, for example in Asia-Pacific.

The company currently handles export of Kenyan produce to 26 countries across Asia, the Middle East, Europe, Australia and the US.