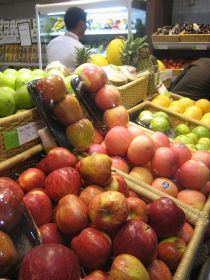 India’s Spencer’s Retail is preparing to grow after its Rs3bn (US$42.76m) acquisition of Nature’s Basket from the Godrej Group was approved.

The deal will allow Spencer’s, which is owned by the Sanjiv Goenka Group (RPG), to expand geographically and online. It will gain control of 36 stores in western India with locations including Mumbai, Prune and Bangalore. It will also gain access to Nature’s Basket’s online platform.

Nature’s Basket has been operating since 2005 under a neighbourhood convenience store format, selling products ranging from fresh fruits and vegetables, fish and meat, artisanal breads and food staples. It is also known for selling a selection of gourmet products, including imported food.

“Both Spencer's and Nature's Basket are positioned as experiential grocery retailers, and that is the first of many synergies that this acquisition brings.” Goenka said.

“Nature's Basket has a strong portfolio of private label brands which has huge traction with its consumers. We believe there is huge potential to expand this to Spencer's stores.”

According to Tanya Dubash, Godrej Group executive director, this sale was necessary to get the most out of Nature’s Basket.

“Looking forward, we realised that to further unlock the immense potential of this brand and to grow it to even greater heights, we need to pass on the torch to owners who have prioritised retail in their portfolio strategy.” Dubash said.