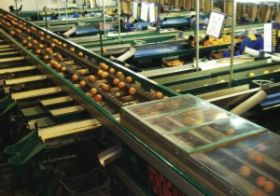 Citrus producers in Turkey are reportedly capitalising on lower yields in Argentina and Spain as demand in Europe and Asia increases, buoyed by consumer concerns over the spread of the H1N1 influenza virus.

Speaking to the Anatolia News Agency in Turkey, agricultural official Süleyman Girmen said it had been a "golden year" so far for citrus producers in Anatolia in the south of the country, particularly in the region around Adana and Mersin.

"Due to swine flu, we have seen a much bigger demand than we had expected this year," he commented.

Turkey's export markets for citrus were recently extended to Japan, Mr Girmen revealed, thanks to the work done by Turkey's Citrus Promotion Group.

Average prices for oranges, mandarins, grapefruit and lemons have all increased on last year's figures, according to the Daily News & Economic Review.