Indonesian retailer Matahari has decided to retain its Hypermart chain, and is now seeking a major foreign investor 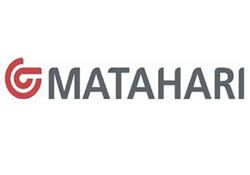 The retailer is looking for a foreign investor to supply technological assistance and better buying terms for the company’s hypermarket chain, reported Bloomberg.

Matahari – Indonesia’s largest retailer by market value – had been considering divesting itself the chain, which has 52 hypermarket stores across Indonesia, but said it would retain the business on the advice of the Bank of America’s Merrill Lynch unit.

Matahari said in a press release it was open to other global retailers buying a majority stake in Hypermart.

“We would like to bring in a strong global partner and are determined to retain and grow our Hypermart business,” said Matahari’s president director Benjamin Mailool. “But it is important to note at this moment that there is no assurance that any of the plans will materialise.”

Previously considering a full sale of the business, Matahari announced in November that South Korean retailing giant Lotte Shopping Co was one of the four potential buyers it had identified for its Hypermart chain.

Retail in Indonesia has been on the rise over the last few years in concert with the country’s growing economy, which is expected to expand 6.3 per cent this year.

Matahari announced it had hired investment banking and asset management firm Merrill Lynch to analyse its business and foreign investment options in October.