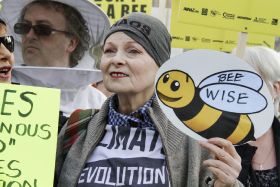 The European Commission will push on with plans to ban three neonicotinoids after a majority of EU ministers voted in favour of a suspension on Monday.

Fifteen countries voted in favour of a ban of three variants - clothianidin, imidacloprid and thiametoxam - of the controversial insecticide, which has been linked with having a harmful impact on the health of vital bee pollinators. Despite the vote, by 27 member states, not reaching the required majority under EU voting rules, a hung vote means the EC will now get to make a final decision with the body confirming it will pursue a two-year suspension. The implementation date of the ban will be 1 December 2013.

The UK was one of the countries which voted against the ban, with farming minister David Heath exclusively revealing to FPJ last week that DEFRA had still hoped the EC would "see sense" and prevent a ban.

Heath claimed that research conducted by the European Food Safety Authority (EFSA), which suggested neonicotinoids were causing a reduction in bee populations, was misleading and not based on actual field conditions.

Heath told FPJ: "We can’t make a knee-jerk decision to ban something useful to growers until there is definitive evidence against it. If people are not using neonicotinoids there are other alternative pesticides on the market which may have clear adverse effects, so this is a situation that has to be handled calmly and sensibly by the European Commission.”

However, the proposed ban has been welcomed by several groups including the Soil Association, which took part in last week's March of the Beekeepers in Parliament Square - a protest attended by celebrities including fashion designer Vivienne Westwood (pictured). To date, almost three million people have signed a petition calling for a ban.

“This is a victory not only for the bees and other pollinators, but for independent science against the political, pro-pesticide position adopted by UK environment secretary Owen Paterson and the pesticide industry," said Emma Hockridge, the Soil Association's head of policy.

The Soil Association claims that in Italy, which has had regulations in place to prevent the use of neonicotinoids for several years, the deaths of honey bees during winter has reduced by nearly 50 per cent over the last three years. The British Beekeepers' Association estimates that the number of bee colonies in Britain fell by 16 per cent last year, while 40 per cent of all food consumed by humans is currently dependent on bee pollination.

According to media reports, chemicals giant Syngenta, which had supplied the three banned neonicotinoids alongside German firm Bayer CropScience, had been involved in a secret bid to prevent a ban. Bayer blasted the EC decision as an 'attack on technology' and says it remains 'convinced' that neonicotinoids are safe.

A spokesperson said: "As there was no qualified majority in the Appeals Committee, Bayer calls upon the Commission to not implement its proposal on these products until a proper impact assessment has been done. We are disappointed that clear scientific evidence has taken a back-seat in the decision making process."

Bayer's views were shared by Friedhelm Schmider, director general of the European Crop Protection Association (ECPA), who said the body was 'deeply disappointed' by the decision and that it puts European producers 'at risk'.

He explained: "This decision is based on a misuse of the precautionary principle setting a very negative precedence in the application of the legal framework set out in Regulation 1107/2009, and contravenes the principles of predictability, consistency, proportionality and legal certainty. It puts at risk the competitiveness, productivity and sustainability of European agriculture and sends an extremely discouraging signal to the whole agri-food sector, including agri-R&D companies in Europe”.

Several anti-neonicotinoids lobbyist groups have backed the ban. Activist group Avaaz said that the ban will give bees the "breathing space that they deserve". Avaaz's senior global campaigner Iain Keith explained: "Today's pesticide ban throws Europe's bees a vital lifeline, following a massive campaign backed by 2.6 million people. Europe is taking science seriously and must now put the full ban in place, to give bees the breathing space they need."

Furthermore, Greenpeace EU agriculture policy director Marco Contiero added: "This makes it crystal clear that there is overwhelming scientific, political and public support for a ban. I'm glad to report that all of the countries opposing a ban have failed."

Despite DEFRA secretary of state Owen Paterson expressing his public support for neonicotinoids on several occasions, the UK government will now be forced to follow the likes of Italy, Germany and France, where certain restrictions are already in place preventing the use of the insecticide.