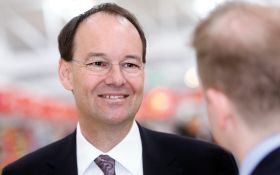 Coupe: Cleared of all alleged charges

Sainsbury’s chief executive Mike Coupe has been acquitted of alleged embezzlement charges by an Egyptian court following a dispute with businessman Amr el-Nasharty.

Coupe had been sentenced in his absence by a court in September after Nasharty alleged that he had travelled to Egypt to “sieze” cheques, the Guardian reported.

“We are pleased that justice has prevailed today, with the court ruling in favour of Mike, and ultimately Sainsbury’s,” a spokesperson for Sainsbury’s said.

Coupe, who has been contesting a two-year jail sentence, became embroiled in a joint venture with Nasharty’s Egyptian Distribution Group, known as Edge, the Guardian reported.

Sainsbury’s had bought an 80 per cent stake in the Egyptian firm in 1999, before withdrawing and selling the stake back to Nasharty, who paid with cash and cheques that allegedly “bounced”.

Nasharty claimed to have discovered Edge was insolvent, the Guardian reported, and then alleged that Coupe had travelled to Egypt in July 2014 and attempted to “seize the cheques from the court file”.

Coupe refuted the claim he had travelled to Cairo, and ITV’s business editor Joel Hills reportedly tweeted in April that: “I can confirm that on July 15th 2014 Mike Coupe was not in Cairo ‘seizing cheques’, he was in London having breakfast with me. And he paid.”