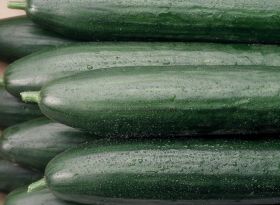 A four-year European outbreak of salmonella has been linked to prepared cucumbers in ready-to-eat meals.

According to an investigation by EU food safety agencies 147 outbreak cases have been reported by five EU countries: 122 cases since 1 January 2017, and 25 historical cases between 2014 and 2016

Britain has been by far the worst hit, reporting 129 cases, with Finland reporting 15, and Germany, Denmark, and Ireland reporting one case each. The number of people falling ill to salmonella peaked between November 2017 and April this year.

People infected develop diarrhoea, fever, and abdominal cramps in 12 to 36 hours after infection. The illness usually lasts four to seven days. Although most people recover without treatment, severe infections may occur.

Investigators’ tests found the same salmonella strain on cucumbers being processed in four UK plants, owned by two companies. The cucumbers in question had been imported from Spain. But the source of the virus in the supply chain has yet to be located.

The report stated: “Based on the information available, the microbiological evidence suggests ready-to-eat products containing cucumbers as a possible vehicle of infection but so far it has not been possible to identify the specific point in the production chain where the contamination occurred.

“Further investigations along the food chain are therefore needed to identify the source of contamination.”

They predicted that more outbreaks are likely in 2019 “until the source of infection and the specific point of contamination” have been identified and controlled.