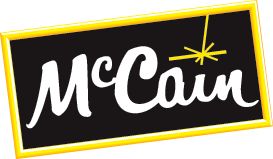 Frozen potato giant McCain is rumoured to be to putting its UK wholesale prices up by 20 per cent as the sector anticipates major shortages following drought conditions, an industry insider has revealed.

The source said the company had informed its foodservice customers in the UK that the price of all its potato products ­– which include a wide range of chips, jacket potatoes, wedges and other products – would increase by a fifth from 1 September.

The AHDB recently estimated that British potato plantings were at their third-lowest level this year following nightmare weather. After a cold, wet winter, one of Britain’s longest dry spells has hit vegetable crops the hardest, particularly in the south of England and Wales.

The levy board now estimates that this has brought the planted area of potatoes down to 119,000 hectares – a three per cent fall on 2017. Combined with difficult growing conditions this is likely to cause major shortages later in the year.

“Personally, I think the price rise from McCain is two months premature since volumes won’t be significantly affected until November,” the industry insider said, “but I can understand why they’re doing it now because news stories about drought-related vegetable shortages are in the public eye at the moment. Customers may be less understanding in the autumn once the weather has changed.”

Other fresh and prepared potato suppliers are now expected to follow McCain’s lead and introduce price rises of their own following the move from the market-leading company. However, the source predicted that Lamb Weston, one of McCain’s main foodservice competitors in the frozen potato sector, was less likely to increase prices since it mainly sources its potatoes from eastern Europe before processing them in Belgium.

While the supply of mid-sized potatoes is likely to remain largely unaffected, there are fewer large potatoes available, with popular variety Maris Piper badly affected.

McCain had not responded to requests for comment by the time of publication.