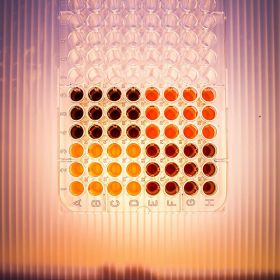 Scientists are working on how to make soil from waste material as a way to help ensure global food security.

Researchers at the University of Plymouth are working with Cornwall’s Eden Project to explore how recycled and waste material could be transformed and reused in agriculture and other sectors.

Their work, described as “pioneering”, could revolutionise the soil industry, by opening up the potential for tailor made soils with unique qualities, specially designed for different purposes across the industry.

The FABsoil project is led by Dr Mark Fitzsimmons and Dr Jennifer Rhymes, with funding from Agri-Tech Cornwall, a three-year £9.6 million initiative part funded by the European Regional Development Fund and match-funding from Cornwall Council.

Agri-tech Cornwall project director Robin Jackson said: "In the UK, farmers are increasingly recognising that soil is one of their most vital assets. Sadly, much has been already been degraded or lost – so the prospect of 'creating' soils could be a potential game-changer for agriculture, as well as for other industries.

"Alongside the wealth of vision and experience of the University of Plymouth and the Eden Project, we're keen to involve more Cornish companies as partners, so would like to hear from those operating in the agricultural, mining, construction, waste and logistics sectors. This is a great opportunity to develop new products and services centred around this pioneering work."

The team at Plymouth are currently testing different soil mixtures on open sites, with waste material sourced from small businesses across the South West, made up of composted green waste, clay, grit and bark.

The tests will last from 12 to 18 months, and are run in conjunction with lab experiments measuring the performance of the soils, including the emissions of greenhouse gases.

Dr Jennifer Rhymes said their concoctions could one day outdo current soil quality across the globe.

“What we’re trying to do is replicate the functions of the soil, but not the soil material itself. The science community is making great strides in understanding soil and the complex interactions that occur within it, but our vision is to develop a more sustainable, self-regulating, living system that doesn’t require much subsequent management.

“There is, in fact, the genuine possibility that FABsoil could become more effective than our increasingly degraded soils, and that would be amazing.”