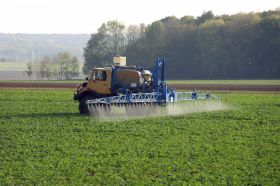 A report from investigative organisation Unearthed accuses pesticide producers of making a third of their combined income from the sales of products that contain highly hazardous chemicals.

The report accuses leading pesticide producers, Bayer, BASF, Corteva, FMC and Syngenta, of contuining to profit from products that have been banned in several parts of the world, such as neonicotinoids and glufosinate.

In low and middle-income countries the report claims up to 45 per cent of their products contain HHPs.

In the UK, which falls under EU pesticide regulations, Unearthed estimate 11 per cent ($412m) of products contain HHPs.

UN special rapporteur on toxic substances and human rights, Baskut Tuncak, said: “We are in the midst of an invisible explosion of pesticide use in low-and middle-income countries that are ill-equipped to manage such hazards.

“Governments do not have enough capacity to monitor conditions on countless farms and plantations, analyse food and environmental samples, track the health of seasonal and migrant workers, investigate allegations of gross misconduct on farms and plantations, or verify the integrity of the information being provided by industry-funded scientists.”

The companies involved form part of the pesticide lobby group called CropLife International, which disputes the number of hazardous chemicals in its portfolio, claiming that only 10 per cent were HHPs, “that can be used safely and responsibly”.

In response to the report, CropLife International stated: “One-third of global crop production is lost to pests, diseases and weeds — and that could double without the use of crop protection products like pesticides, including HHPs, which farmers can use when no effective alternatives exist.

"CropLife International’s members support the FAO and WHO’s International Code of Conduct on Pesticide Management and are major stakeholders in the evolving conversation on HHPs.

"Although a pesticide is categorized as hazardous, it does not mean its use should be banned. It can still be effectively used by farmers if, based on local safety assessments, it is proven safe and not to pose a non-manageable risk to human health and the environment.”

Among Unearthed’s findings were also that CropLife members made 10 per cent of their leading products' income from products that are highly toxic to bees, including neonicotinoids.

Unearthed also reported that the members made almost 22 per cent, ($3bn) of their sales from chemicals found by regulators to pose chronic health hazards, such as glufosinate, which was classed by EU regulators as damaging to fertility, sexual function, or the unborn child.