Two thirds of buyers and growers vote ‘no’, sending the message that industry doesn’t feel beleaguered R&D body is good value for money 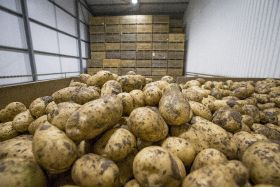 A clear majority of UK potato buyers and growers have followed horticulture producers in voting to scrap the AHDB levy for their sector.

The call for a ballot came late last year and a yes/no vote started in mid-February, on the basis of one levy payer, one vote.

Independent election services provider UK Engage administered the voting process, and analysis by the company according to the value of levy paid, showed a similar outcome of 63.2 per cent ‘no’ votes versus 36.8 per cent ‘yes’.

In the potato sector there are two separate statutory levies – one for potato buyers and one for growers. The desire to abolish the levy was especially high among buyers, 82.1 per cent of whom voted for the levy to be scrapped. By contrast, 64.3 per cent of growers voted the same way.

This is the second such ballot the AHDB has lost in the last two months, having seen 61 per cent of horticulture growers vote to remove their sector’s compulsory levy.

Among growers, whose contribution is calculated according to the area of land farmed, only the bottom bracket, 0-3 hectares, returned a ‘yes’ majority, by just five votes to three.

Growers farming the most land, 200ha or more, returned the biggest ‘no’ majority, at 76 per cent.

AHDB chair Nicholas Saphir said: “I’m deeply disappointed. The voting information reported by UK Engage shows that a clear majority of the potato industry feels they are not getting enough value from the current levy set-up.

“It is now down to ministers to weigh up all the various factors about GB potato industry and make a decision on the future role of a statutory potato levy.”

According to statute, the ballot is designed to inform ministers how the industry feels about the value of a statutory levy.

The result of the ballot is then passed to Defra ministers and the devolved administrations to make a decision on the AHDB’s future, however they are not bound by the vote.

Defra minister Victoria Prentis said: "We will now take these results and scrutinise them closely before making a decision on the future of the potato levy. A joint decision with Scottish and Welsh Ministers will be made after the Scottish and Welsh government elections.

“In the meantime, AHDB will continue to collect levy returns from the industry for the 2021/22 year.”

The announcement last week that payments of the scrapped horticulture levy were also likely to be collected for the 2021/22 financial year sparked outcry from the so-called AHDB petitioners who helped trigger the two votes.

Vegetable grower Peter Thorold called it a “cynical ploy by the AHDB to try and cling to power for another year”.

In response, AHDB ballot officer Guy Attenborough said the organisation was “obliged to collect a levy until such time as legislation is changed by Parliament”. However, he said it was not yet clear whether growers would in fact need to pay.