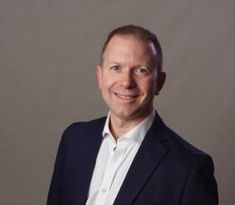 Orchard House Foods has named a new chief executive and commercial director as the revamp of its top team continues.

The company said the appointments are part of its investment in its growth strategy supported by the UK-based private equity fund Elaghmore, which acquired Orchard House in January 2021. Almost £4 million of capital expenditure has already been committed to drive growth through new capacity, efficiency, and innovation, it added.

Corby starts his new role as CEO on 1 September after completing a five-year turnaround at Kanes Foods, a privately-owned chilled produce business. Orchard House said he brings "a proven track record of success throughout a career spanning almost 30 years in UK FMCG markets with extensive experience in the chilled foods and drinks markets". He spent nine years at Cott Beverages, where he was managing director Europe, having previously held commercial leadership roles at both Northern Foods and Greencore.

In October, Greenwood will join as the company’s new commercial director from Agrial Fresh Produce, where he is commercial and marketing director UK & Ireland. Florette owner Agrial supplies chilled produce, including washed and ready-to-eat produce and salads.

Greenwood also worked at Muller UK & Ireland Group, Dairy Crest and Nestle among others, and he will succeed Jonathan Back, who will be leaving Orchard House after three years to pursue other interests.

In further people news, Alex Tompkins, managing director of Orchard House, has been appointed chief operating officer, reporting to Corby. His role will be to take ownership of the end-to-end supply chains across the business.

Darby said: "Both Steve and Antony bring to Orchard House extensive experience in chilled produce, and the retailer brand experience. Strengthening the management team is part of our investment to allow us to capitalise on exciting opportunities we see for the business. We will also be investing in our people, technology, and processes to ensure we offer our customers the best service."