Stands for Asia Fruit Logistica 2014 are selling fast, with reserved exhibition space up by almost 30 per cent on the same stage last year, according to organisers Global Produce Events (GPE).

Exhibitors from some 31 countries have already signed up to take part, underlining the international quality of the event and the increasing global interest in Asia’s fresh fruit and vegetable business, GPE said in a press release.

A host of companies from around the world are exhibiting for the first time at Asia Fruit Logistica this year, including leading New Zealand apple grower-packer exporter Mr Apple.

“We see Asia Fruit Logistica as the leading trade show in the region,” said Mr Apple’s project manager for the event, Lisa Cork. “The show is well established, and draws key influencers and decision-makers from around the Asia-Middle East region. It offers Mr Apple a great opportunity to increase our visibility in the region as New Zealand’s largest vertically integrated apple grower-packer-shipper, exporting 25 per cent of New Zealand’s apple crop.”

Cool Fresh International, a global fresh produce group headquartered in the Netherlands with a subsidiary in China, is also making its debut appearance at the show with a 50m2 stand.

“Our group companies have been growing steadily, and that includes their marketing into Asia. We now need to consolidate our efforts, and profile our various companies in the Asian markets,” said Cool Fresh International’s Nic Jooste. “We are convinced that Asia Fruit Logistica is the most effective platform for us to do this. We will be promoting our global sourcing and direct supply services at the event.”

A record 6,500 visitors from 64 different countries attended Asia Fruit Logistica 2013. More than three quarters of them held leading management positions in their companies, while 89 per cent of them were closely involved in the purchasing and procurement decision-making process, according to visitor survey results.

With just under six months to go before Asia Fruit Logistica 2014 opens its doors, GPE Is advising companies to book now to secure their space and access the opportunities in Asia’s rapidly growing fresh produce markets. 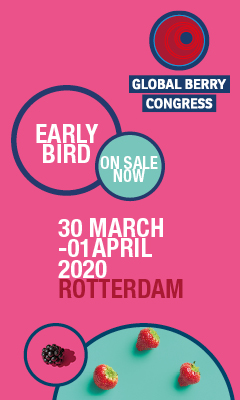