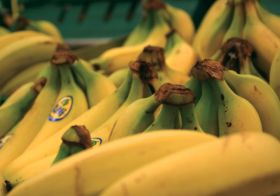 Banana crops in Australia’s Northern Territory are set to be destroyed as part of a A$2.8m (US$2.63m) plan to battle fungal disease, the ABC reports.

Banana Freckle disease was detected in the Cavendish variety at plantations near Darwin at the end of August this year.

The Queensland industry, which produces 90 per cent of Australia’s bananas, is now working with state and federal governments to present the disease spreading.

The Australian Banana Growers Council’s Doug Phillips told the ABC that the disease crossing the border would represent a huge blow to the industry, which is contributing A$500,000 (US$470,000) towards the emergency response programme.

"The cost to industry over a long term period could be very, very significant through loss of production and costs trying to control the disease," he said. "Where properties in the Northern Territory have had this disease confirmed, all banana trees as well as tress within a one-kilometre radius will be destroyed as part of this eradication program."

Phillips added that growers were highly supportive of the plan. "They fully understand the implications of this disease which is an exotic disease to Australia."

Despite concerns, the industry is confident that the programme will be effective given the success of eradication plans in the past.

The Queensland government has strengthened legislation banning banana plants and soil coming into the other state, with no banana fruit allowed to enter from the Northern territory.