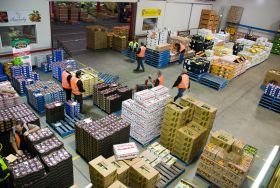 The Australian government has announced an independent review of Australia’s Horticulture Code of Conduct to improve the transparency of transactions between growers and wholesalers.

The review of the code, which was first established in 2007, will gauge the effectiveness of the current code of conduct as well as how well the code is enforced and how much awareness there is of the code by both growers and traders. The review will also offer an opportunity for stakeholders to raise their concerns with details of a public consultation process to be announced in the near future.

The minister for agriculture Barnaby Joyce and the minister for small business Bruce Bilson announced the review on 3 June, to be undertaken by Mark Napper and Alan Wein.

Industry bodies Growcom and Ausveg have both welcomed the review, calling for an updated code of conduct to protect growers and ensure trading is conducted fairly.