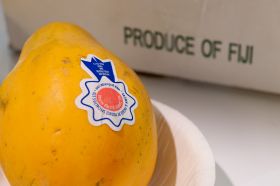 The Fijian government has announced plans to meet with the New Zealand Ministry of Primary Industries (MPI) this week in an effort to overturn import suspensions.

Fiji’s attorney-general and minister for public enterprises, Aiyaz Sayaf-Khaiyum said that there had been no documented cases of fruit fly outbreak as a result of Fijian imports, and has requested the ban to be lifted.

“We are pleased the New Zealand authorities have moved quickly and want to work with us to bring this matter to an end," Sayed-Khaiyum said in a government statement. "Given Fiji's stringent adherence to international biosecurity standards for both imports and exports, we have every reason to believe this matter will be settled quickly and the suspended Fijian produce will be once again on its way to New Zealand.”