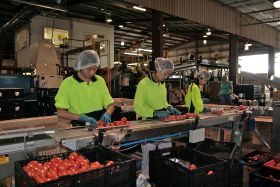 The Australian government has announced a review into the ‘backpacker tax’ with public submissions open until 2 September 2016.

Minister for agriculture and water resources Barnaby Joyce announced the review into a range of issues affection the supply and tax of labour by working holiday maker visa holders on 15 August.

The changes were announced in 2015/16 federal budget, with working holiday markers to be considered non-residents for tax purposes, meaning a tax rate of 32.5 per cent from the first dollar earned.

Previously transient working holiday markers were considered residents for tax purposes, with no taxable income on the first A$18,200 earned.

The measure has been widely criticised for being a disincentive for backpackers to take up seasonal farming work in Australia.

“Vegetable growers rely on backpackers as a source of labour, especially during peak seasonal periods, and the backpacker tax threatens to act as a major disincentive to these workers coming out to Australia,” said Jordan Brooke-Barnett of industry representative body Ausveg.

“It would be incredibly disappointing to see Australia’s growers suffer as a result of a short-sighted policy decision that failed to acknowledge the flow-on effects of having backpackers live and work in regional Australia.

“We’d like to see this review result in a sensible solution that acknowledges the vital role that backpackers play in the vegetable industry, as well as in many other industries, and avoids damaging regional economies.”

Following the review, any changes to tax rates will come into effect from 1 January 2017.