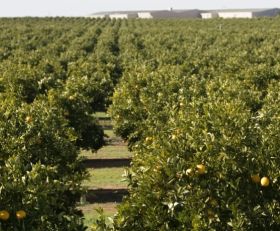 Biosecurity officers from the Department of Agriculture and Water Resources were concerned to find the live plant wrapped in plastic in a passenger’s bag and immediately sent it for laboratory testing and identification, the trade body said in a press release.

Entomologists confirmed the plant was heavily infested with live Asian citrus psyllids, an exotic insect pest for horticulture, which are known to carry the bacteria that causes citrus greening disease.

The plant also showed disease symptoms on the leaves and further testing confirmed the presence of citrus canker, a serious bacterial disease that has led to extensive production losses in citrus industries across the globe.

Australian Chief Plant Protection Officer, Kim Ritman, said the interception demonstrates the importance of a strong biosecurity system that includes controls at Australia’s borders and manages risk across pathways and at various points in the supply chain.

“This plant carried two significant biosecurity pests and diseases that could devastate Australia’s citrus industry,” Dr Ritman said. “We don’t have citrus canker or citrus greening in Australia and we need to keep it that way.

“The last outbreak of citrus canker in Australia occurred in Queensland in 2005 and was eradicated at great cost to industry and growers. Citrus greening is one of the worst diseases for citrus trees worldwide. It causes the leaves to yellow and fall off, crippling fruit production and leading to branch dieback. There is no cure and the only way to stop the spread is to destroy all infected trees.”

Australia has strict biosecurity rules for importing live animals and plants which often includes a period of observation at a post entry quarantine facility upon arrival.

“This passenger put Australia’s industries at great risk. There is a proper process for importing live plants and packing them in your suitcase is unacceptable,” Dr Ritman said.

“This was one person, with one plant, but their actions could have ruined the livelihoods of thousands of hardworking Australian citrus growers and wiped out Australia’s five per cent share of global orange and mandarin exports.”

The passenger carrying the live plant correctly declared the goods on their incoming passenger card, the plant was destroyed and no further compliance action is being pursued.

The diagnosis of Asian citrus psyllid and confirmed presence of citrus canker serves as a reminder to all Australian and international travellers that the risks are not always obvious and it’s important to declare all food, wood, plant and animal materials to biosecurity officers for inspection.