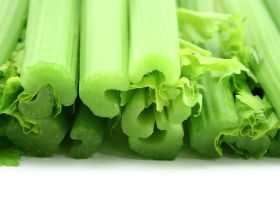 The University of South Australia is trialling new technology that could improve food safety.

Electricity-charged water is being used to sanitise water that is then used to clean vegetables post-harvest on farms in South Australia and New South Wales.

The Eletrolysed Oxidising water technique sanitises water by converting chloride salts added to the water into chlorine, which kills bacteria and can extend the shelf-life of produce.

University of South Australia Chair in Environmental Science and Engineering Enzo Lombi told the Lead that the technology could be used to treat leafy greens and other vegetables that are consumed fresh.

“The technology basically converts the chloride that may be already present in the water or can be added to the water into hypochlorous acid (chlorine), which is a very strong oxidising agent that kills off the micro-organisms,” Lombi told the paper. “With more and more demand for food safety now is the right time to test it out and it should be cheap enough so it is affordable for farmers.”

The Electrolysed Oxidising water is also certified organic, he added.

“I’m sure there will also be some unexpected things we find along the way and the follow-up might be that we find that it is also useful as an alternative to pesticides in organic farming,” Lombi said.

Grower-owned body Hort Innovation is funding the project, with CEO John Lloyd adding that part of the project will look at some of the other potential benefits of the technology, including as an irrigation treatment.

Victorian-based leafy green and celery producer Schreurs & Sons has also been using the technology to sanitise water to wash its fresh cut celery. They began trialled the technology as an alternative to using Chlorine Dioxide in a triple bath wash system, which proved to have OH&S consequences.

Speaking at the PMA A-NZ Tech Event at Melbourne Market in July, Schreurs & Son technical director Marie‐Astrid Ottenhof said that the company had found using the Electrolysed Oxidising water was more effective that conventional sanitisers and improved product shelf-life, while also being cost-efficient to operate.