The fight for fairer farms 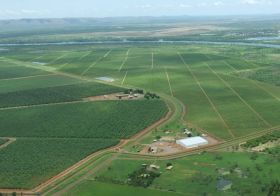 The Australian horticulture industry has come under the microscope for some of its employment practices in the past but Fair Farms, a new certification process, could provide the pathway to substantial changes.

Designed specifically for the Australian industry, the Fair Farms initiative provides support and training for members of the supply chain, as well as a pathway to independent third-party audit and certification of fair employment practices.

It has been designed specifically for the Australia, written in language that even smaller-mum and-dad growers can understand.

Fair Farms was developed by Growcom, a peak industry body for horticulture in Queensland, with support from the Australian Fair Work Ombudsman, the Australian Department of Agriculture and Ausveg. The development process involved extensive consultation with the businesses which it targets.

The initiative was officially launched at Hort Connections 2019 and the first grower, Riverdale Herbs in Queensland, was presented with its certification.

“It’s been a long journey, a lot of people put a lot of effort and time into the programme. It is a huge milestone for us to actually launch it now,” said Thomas Hertel, manager of Fair Farms.

“We are still going to refine it as we go along but we’ve got it this far to say it’s now ready for implementation.”

Fifteen growers from across Australia participated in a pilot programme while a further 170 expressed interest in the programme. Hertel expected these businesses to be the early adopters that would want to gain Fair Farms certification, so they can distinguish themselves as ethical employers.

However, Hertel was aware at some point businesses would need more incentive to take part in the voluntary initiative, which is when he expected retailers and consumers to play a role.

“It’s going to get pushed down the supply chain from the retailer to the wholesaler to the grower,” Hertel said.

“What we see more and more is that the consumer takes an interest in ethical buying. That is something that will enable us to roll out these better practices.

“After years and years of having this labour problem, everyone knows that this is a problem in horticulture, the non-compliance, the underpayment. However, because of the consumer starting to pick up on this, facilitated through the retailers, we have an opportunity to actually do something about it because we have leverage.”