One of Australia’s largest potato wholesalers, Mitolo Group, has been fined for entering into unfair contracts with growers 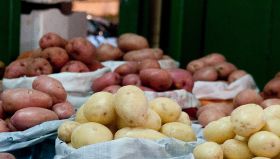 Australian potato wholesaler Mitolo Group has been fined A$240,000 (US$162,000) for infringements relating to its contracts with potato growers.

In proceedings brought by the Australian Competition and Consumer Commission (ACCC), the Australian Federal Court declared that certain terms of contracts were unfair and therefore void.

The contracts which were declared to be unfair included terms that allowed Mitolo to unilaterally determine or vary the price Mitolo paid farmers for potatoes, unilaterally vary other contractual terms, declare potatoes as ‘wastage’ without a mechanism for proper review, and prevent farmers from selling potatoes to alternative purchasers.

The court also declared that terms in Mitolo’s contracts preventing farmers from selling their own property unless the prospective purchaser entered into an exclusive potato farming agreement with Mitolo as unfair contract terms.

Mick Keogh, deputy chair of the ACCC, said this was the first time a court had imposed a penalty for contravention of the new Horticulture Code of Conduct, which came into effect on 1 April 2018.

“This is an important case for the ACCC as it goes to the heart of fairness issues the ACCC is seeking to address in agriculture. Since the ACCC’s Agriculture Unit was set up, a key concern raised by farmers relates to the degree of risk they carry and detriment they suffer as a result of imbalanced contracts,” Keogh said.

In addition to the orders made by the court, Mitolo provided the ACCC with a court-enforceable undertaking which contains a revised form of contract.

“The new Mitolo contract terms are intended to provide potato growers with greater transparency and certainty over pricing and allow them to sell potatoes to other parties if they are not satisfied with the price received from Mitolo,” Keogh explained.

“We take these matters very seriously, and the court’s ruling confirms that both the Horticulture Code and the unfair contract terms law provide farmers with important protections against companies that seek to impose and enforce unfair terms,” Keogh said.