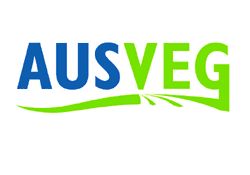 Australia's peak vegetable industry body AUSVEG is concerned about the lack of ethical sourcing regulations faced by overseas vegetable suppliers compared to domestic growers, and has met with leading retailers Coles and Woolworths to discuss the issue.

AUSVEG represents the interests of around 9,000 vegetable and potato growers in the country.

Under Coles and Woolworths regulations, fruit and vegetable suppliers are required to fill out ‘ethical trading audits' detailing issues such as environmental standards, labour rights, freedom of association and health and safety.

Many Australian vegetable growers see the audits as costly and time-consuming.

"AUSVEG sought answers from both Coles and Woolworths on the application of ethical auditing and quality assurance programmes with overseas suppliers and, despite a detailed briefing, remains concerned about aspects of the programmes," said AUSVEG CEO Richard Mulcahy.

"These audits seem like a costly public relations exercise. Woolworths claimed that the drive for ethical sourcing was from consumers," Mr Mulcahy said.

"Yet if they are so concerned about consumers why do they continue to import vegetables from overseas when Australian consumers consistently say they would prefer to buy locally grown produce?"

Mr Mulcahy and AUSVEG communications manager Hugh Tobin met with staff from both retailers in the past two weeks to address concerns raised by local growers.

"Perhaps a supplier in communist China will be compliant with the local law but it is not fair to say that they are treating their workers in the same manner as Australian growers," said Mr Mulcahy.

"Perhaps Woolworths can claim that their international suppliers are meeting the local laws in regards to freedom of association, but any reasonable person knows that a worker in communist China does not have the same freedoms as a worker in Australia. The policy is inconsistent and shallow in its purpose.

"All this policy does is place further regulations on Australian growers who already comply with state and federal laws, while growers overseas are exporting produce into Australia," Mr Mulcahy said.