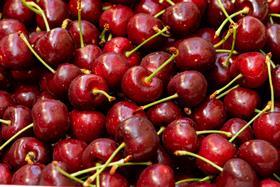 Christchurch International Airport revealed it has begun discussions on potentially building an international airport on 750ha of land near Tarras, which lies one hour northeast of Queenstown and over four hours southwest of Christchurch.

According to a report from the New Zealand Herald, cherry growers expressed their enthusiasm about the airport at a public meeting held in Tarras.

Ross Kirk,orchard development managerof Hortinvest, said the airport would save a lot of time trucking the fruit to Queenstown or Christchurch and could create the possibility of charted cargo flights direct to international markets.

He said new plantings would see the area’s cherry production significantly grow in the next five years and Queenstown airport may not be a viable long-term solution.

'We’re quite excited by the prospect, to be honest,” Kirk said. 'Having an international airport that can take jets, right on our doorstep, would be fantastic.'

Jones expected said Central Otago’s crop could reach 10,000 tonnes a season, up from around 2,500 tonnes in recent years, and cargo space in passenger jets would not be enough.

'Narrow-body jets that only go to Australia or domestically aren’t any use getting fruit out of the country because you end up having to pack the fruit twice,” Jones said.

Despite the optimism from the cherry industry the report said there was strong local opposition to the proposal at the meeting.