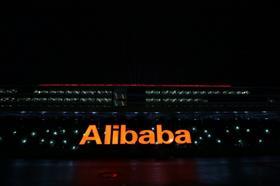 Alibaba Group has announced the launch of its Hong Kong initial public offering (IPO), which will complement its existing listing on the New York Stock Exchange.

The Chinese retailer’s IPO on the Main Board of The Stock Exchange of Hong Kong will form part of a global offering of 500m new shares. According to Reuters, the offering is expected to raise around US$13.4bn.

It had previously been reported by Reuters, that Alibaba had postponed its offering due to political instability in Hong Kong, but it will finally open on 20 November.

Daniel Zhang, group chairman and chief executive officer of Alibaba Group, said the offering would support its aim of serving consumers across the world.

“We aim to serve global consumers, of which more than 1bn will be Chinese consumers, and facilitate more than Rmb10 trillion (US$1.42 trillion) of consumption on our platform within the next five years by continuing to pursue our three strategic pillars of globalisation, domestic consumption and big data powered by cloud computing,” Zhang said.

“Hong Kong is one of the world’s most important financial centres and we are grateful for the opportunity to participate in the future of Hong Kong.”

Alibaba said in a release it plans to use the proceeds from the offering for the implementation of its strategies of driving user growth and engagement, empowering businesses to facilitate digital transformation, and continuing to innovate and invest for the long-term.