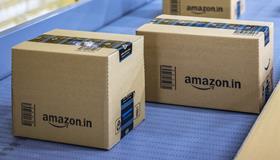 Amazon India has announced the launch of a raft of newfulfilmentcentres across the country including some dedicated to its grocery arm Amazon Fresh.

According to a report from the Economic Times, Amazon India has expounded its fulfilment network with the 11 new warehouses and the expansion of nine existing facilities.

The e-commerce giant said it now has more than 60 fulfilmentcentres in India and more than 25 specialised sites dedicated to Amazon Fresh.

'With this expansion, Amazon.in will have more than 43m cubic feet of storage capacity across 15 states, supporting around 8.5 lakh sellers across India,” said Amazon India in a statement.

“The expansion is in line with Amazon India's continued efforts to heavily invest in the country and create tens of thousands of direct and indirect work opportunities.”

One of these facilities is a fresh produce collection centre in Balag, Himachal Pradesh. According to a report from India Retailing, this centre will help the company connect with growers and Farmer Producer Organisations, not only aiding procurement but helping Amazon bring more suppliers onto the platform.

“Our first pilot was done in Maharashtra and after its huge success, Amazon is pushing to expand its fresh produce collection centres pan-India in a phased manner,” said Prasad.

“India is the first country where Amazon is directly reaching out to farmers as a key stakeholder. We are excited about this prospect and this initiative will serve as a blueprint for not only in India but for many more countries.”