Apple production to bounce back 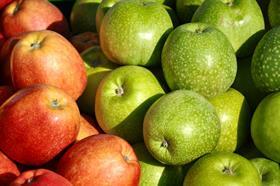 A return of favourable growing conditions in China is set to drive growth in world apple production according to a USDA report.

While China’s production is predicted to rise 8m tonnes to 41m, this will be offset by a sharp drop in production from the EU, which is slated to decrease nearly 25 per cent to 11.5m tonnes.

A combination of frost, drought, heat, and hail experienced across the majority of EU member states is expected to see production lower by more than 20 percent for the second time in three years.

Despite China’s boom, the USDA report said the quality of domestic production has been reported as fair. As a result, it forecasts China’s imports to rise to a record 100,000 tonnes on the back of increasing demand for higher quality apples.

Another country with notable predicted changes is Russia. Production is forecast to rise 100,000 tonnes to a record 1.7m as new orchards come into production and yields improve.

This would be the second straight year of record production for the country.

The report said the assistance from the Russian government is helping to increase production and develop cold storage facilities. While this is forecast to reduce imports, Russia is still predicted to remain the world’s largest importer of apples, importing a volume of 710,000 tonnes.

In the US production estimated to rise 179,000 tonnes to 4.7m with some favourable summer weather. It may see the most change in its export volume with greater supply and the removal of Mexico’s 20 per cent retaliatory tariff in May 2019 are expected to boost exports over 100,000 tonnes to 860,000 tonnes.