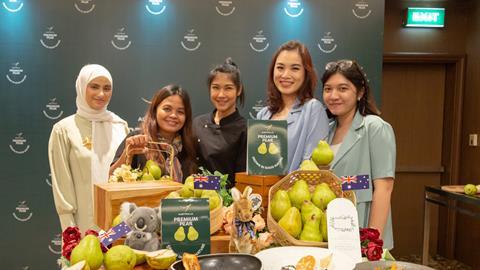 The campaign, managed Morelink Asia Pacific in Indonesia, was launched on 2 September at The Ayana MidPlaza Jakarta Hotel.

Hannah Wade, Australian trade and investment commissioner to Indonesia, said Indonesia was a very important market for the Australian pear industry, with Australia supplying almost 1,000 tonnes of pears in 2021.

“Australia has an excellent reputation as a supplier of clean, safe, nutritious and high-quality fresh fruit,” said Wade.

“A range of premium quality fresh Australian pears will be available from August to October at retail stores across Indonesia. We think that the different taste profiles of the new varieties of pears like Rico (a red blush pear) will appeal to a broad range of consumers.” 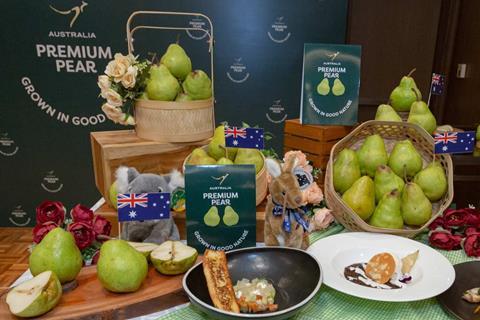 The majority of Australia’s pears are grown in the Goulburn Valley region of the state of Victoria and Irawan Budianto, trade director – Indonesia of Victorian Government Trade and Investment, said the proximity of Indonesia ensured consumers were getting the freshest product.

“We are delighted to be able to provide fresh pears direct from Victorian orchards to customers in Jakarta. The short shipping times from Australia to Indonesia means our pears get to market quickly and in top condition, ensuring consumers can enjoy them at their best,” said Budianto.

Foodhall, Aeon, Totah Buah, Hero and Hypermart are among the Indonesian retailers stocking Australian pears including Packham’s Triumph and Rico.