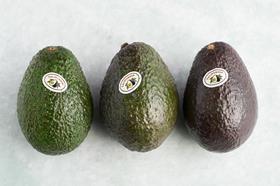 Californian Hass avocados gained access to China in April, but the industry is still intently focused on a bountiful domestic market as it proceeds through what is set to be a strong season.

On the heels of a very short 2019 crop of just 98,248 tonnes California’s Hass avocado production is projected to increase by approximately 70 per cent this season to 167,375 tonnes. That’s approximately 10 per cent higher than the average production since the 2010 season.

This year, however, growing conditions have been far more favourable with milder temperatures and adequate rainfall.

Consumer demand for avocados has exploded since the turn of the century in the US, surging from around 2lbs per capita to 8lbs currently.

The strength of the demand has been reflected in the price of US avocados during the Covid-19 pandemic with one Rabobank report forecasting that Hass avocado prices will likely remain unaffected for the remainder of 2020.

Even with such strong demand, California’s avocado acreage continues to contract. According to the California Avocado Commission, bearing orchards have fallen from around 31,000ha to just over 19,000ha over the last 30 years.

Escalating costs of irrigation, labour and compliance with food safety regulations have prompted many growers to convert groves into housing or fallow their land altogether.

Mexico, the largest producer of avocados on the planet, has been the beneficiary of the avocado’s surging popularity in the US. According to a recent Rabobank study, Mexico accounts for 82 per cent of the nation’s Hass avocado supply. California, once the sole source for Hass, now commands just a 9 per cent share of the market with Peru and Chile rounding out the balance.

California was once a major exporter of avocados to both Europe and Asia but with domestic demand so strong, there is less incentive to supply overseas, even with the industry’s current market share.

Still, California does service Japan, South Korea, Taiwan and now has access to China, a development the industry has been working towards since 2005.

However, the state’s industry is expected to proceed cautiously as, according to one major California grower-shipper “there are complexities in exporting to that market”.

This is a sentiment shared by Ken Melban, vice president of industry affairs of the California Avocado Commission, who told Xinhua no avocados have been exported to China yet.

'We think it will be an excellent market, but until you actually get in there, you can't know,' Melban said.

'But the more options you have the better positioned you are for the future.'

When California does begin exporting to China, its avocados will share the market with other major exporters but Melban said Californian avocados will have a point of difference.