China and US begin trade talks 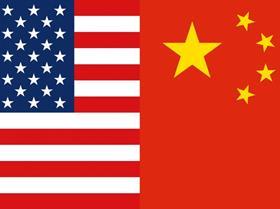 Following a nine-month-long back and forth tariff hike, trade negotiators from China and the US met in Beijing on 7 January with the aim of reaching an agreement and ending the damaging dispute.

“These talks will have a positive outcome because both sides are trying to deal with the issue in an active and practical manner,” said Wei Jianguo, a former vice commerce minister, to The Washington Post. “I’m not saying there could be positive results; I think there definitely will be.”

So far, effects of tariff increases have caused a glut of fruit from the US, including key exporting lines like apples, table grapes and citrus, to be diverted to secondary markets. Growers have had trouble moving supply, causing the introduction of a US government buy-back scheme while an aversion for US brands in China brewed.

Aid packages have done little to fully relieve growers, according to an anonymous California citrus industry source, who said US government schemes purchase fruit at a much lower rate compared to the premium price point agreed with Chinese buyers.

Impacts of fruit diversion can be felt as far as Chile, as Bloomberg reported in late December the trade dispute has forced Chilean suppliers of table grapes to look to other markets across Asia due to the US’s reserve grapes saturating its domestic market. On top of tariff challenges, the California table grape industry also produced a bumper crop in 2018, with 55m cartons of grapes shipped during the 1 September to 30 November period, the most since 2013.

A beacon of light

Among the commotion of the China-US trade dispute, the US government has faced a separate set of challenges regarding the funding of president Trump’s US-Mexico border wall. This resulted in a government shutdown from 22 December, which at the time of writing was still in motion. During the shutdown many government-funded departments and employees are placed on unpaid leave, putting all non-essential government services on hold including many functions at the USDA.

Analyst at China Market Research Group in Shanghai, Ben Cavender, said that “Trump would probably like something he can point to as a win among the wall and government shutdown chaos,” indicating there may be incentive to conclude the trade deal with China. He also noted that there were feelings of concern over the economy’s stability in China which could be another motivator.

The Washington Post reported most independent economists expect China’s growth rate to fall to about 6 per cent in 2019, the lowest since 1990. However, the People’s Bank of China said it would inject around US$117bn into the economy, and new rail projects by the government to encourage growth are in place.