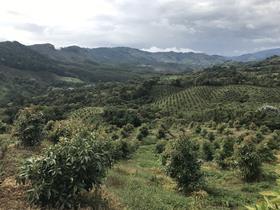 Colombia is preparing to carry out its first shipment of Hass avocados to China, five months after the opening of that market.

The fruit, which hails from the departments of Antioquia Risaralda and Valle del Cauca and was packed by three companies, Pacific Fruit, Westfalia Fruit Colombia and Avofruit, is due to be shipped next week.

“China is an attractive market for the positioning of our non-traditional products such as Hass avocados, beef, pork, passionflower and shrimp, among others,” Agriculture Minister Andrés Valencia said in a statement.

Rodolfo Ahumada, commercial director of Pacific Fruits, said the opening of the Chinese market represents the latest step in the company’s quest to introduce Colombian avocados to the world.

“Two years ago, when we went to Asiafruit Logistica for the first time, we had the opportunity to get to know the Asian market,” he told Fruitnet.

“Back then, we spoke with companies from China, Japan, Singapore, Malaysia and other markets, who were all curious about Colombia as an origin. Since then, several of the leading importers from these countries have visited Colombia and are looking to import our fruit.”

Noting that Colombia’s ability to guarantee continuity of supply throughout the year is one of the main reasons why it is so attractive to Asian importers, he has high hopes that both Japan and China will become key markets for the Andean nation in the coming years.

He praised the work done by the Mexican industry to introduce avocados to Japan and highlight the fruit’s benefits to consumers, and suggested that Colombia could follow the same path as other Latin American suppliers in promoting itself as a distinct origin with its own country brand.

“Right now it’s all about presenting our fruit, its quality and flavour to Japan and China. But once more Colombian companies are established in these markets we’ll be able to think about how best to market ourselves, but it seems that promoting themselves by country of origin has been a key part of Mexico, Chile and Peru’s success,” he said.

According to government figures, Colombia’s Hass avocado exports between January and September 2019 totalled 35,700 tonnes, with a corresponding value of US$71m. This represents an increase of 45.5 per cent over the same period of 2018.

Colombia has been making progress in Asian markets – in November it 18.3 tonnes to Japan and the government is currently negotiating access to the South Korean market.