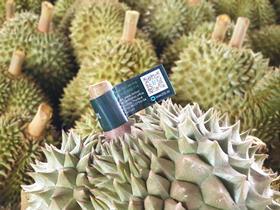 This capital is in addition to pre-existing support from First Alverstone Capital, SGInnovate and PwC Singapore.

In a press release, DiMuto highlighted the considerable growth in fruit and vegetable production and exports across Latin America, in particular tropical fruits such as bananas, avocados, pineapples and mangoes.

According to a 2019 report by the Organization for Economic Co-operation and Development (OECD) and the Food and Agriculture Organization (FAO), tropical fruits accounted for a total export value of around US$15.5bn in Latin America from 2016-18.

Latin Leap has invested in DiMuto with the aim of becoming a partner in the internationalisation of the region’s tech sector.

Stefan Krautwald, general partner at Latin Leap, spoke of the benefit DiMuto would bring to the region

“With the strong outlook for the agricultural sector in Latin America, I believe that the industry would benefit from digitalisation and traceability offered by DiMuto, and it would bring peace of mind to consumers around the world,” said Krautwald.

“DiMuto fits perfectly into our investment thesis of soft-landing tech-enabled businesses with a positive impact on society in Latin America. We are proud to accompany its growth path in the region,” he added.

The Singapore-based company utilises blockchain, IoT and AI in digitalising the agri-food supply chain for data visibility and trade transparency.

Gary Loh, founder and chief executive of DiMuto, said the company was thrilled to have the support of Latin Leap.

'We are excited to have Latin Leap join us as an investor and partner to grow our presence in Latin America. With data captured using our solutions, stakeholders in the agri-food supply chain are now able to see the quality of fresh produce being it is being shipped, creating trust and visibility in the uncertainty brought on by Covid-19,' said Loh.

To date, DiMuto has tagged over 30m fruits and tracked and traced over US$100m worth of agrifood trades.

It has a presence in seven countries including the US, China, Indonesia, Australia and Mexico. The new funding and strategic support from Latin Leap will enable DiMuto to further capitalise on its global growth momentum.