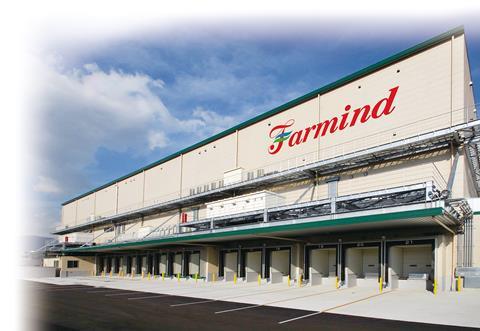 The collaboration will promote advanced supply chain technology, including cold chains, in markets including the Middle East, and will assist in exporting high-quality Japanese produce globally.

The efforts are aimed at enhancing corporate value and meeting the needs of both producers and consumers in Japan and overseas markets.

GJFF, a private equity fund established in March 2016 to promote the growth of Japan’s agricultural produce and technology to the Middle East, will undertake ¥2.5bn (US$22.7m) of convertible bonds with warrants, which are issued via third-party allotment as part of the agreement.

President of Farmind, Tatsuo Horiuchi, noted the company were in a strong position going forward, despite recording a loss as recently as 2017.

“Farmind has always maintained a sufficient cash position, and this capital alliance has further strengthened our financial base,” explained Horiuchi.

“Although our consolidated result in 2017 was a loss of approximately ¥1.8bn (US$16.39m), we returned approximately ¥1bn surplus the following year (2018), and we also expect reasonable profits from 2019.

“In addition to these recent results, we’ve raised approximately ¥6bn (US$54.6m) in capital over the past two years, including the ¥2.5bn received from the GJFF, so now our financial base is sufficiently stable.”

Correction: In a previous edition of this story printed in Asiafruit February, the figure ¥2.5bn was converted to US$3.6m. This is incorrect. The total ¥2.5bn converts to US$22.7m.