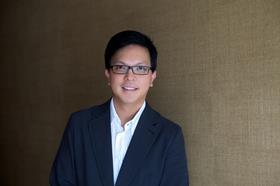 The landmark agreement brings an end to the debt issues that have hung over the Singapore-based fresh and processed produce marketer since it was rescued from the brink of bankruptcy by new investors in 2007 when it was still known as FHTK Holdings.

First Alverstone Capital – led by Gary Loh– fronted that original group of bailout investors, investing around S$16m, and his company has been the driving force in ridding SunMoon of the debt to other bondholders, which amounted to some S$37m.'

'Around S$13.5m of that S$37m debt was interest on the original loan, and we managed to persuade the bondholders to waive the interest,” explained Loh. “That left around S$24m outstanding – $6m of this was paid in shares in a debt-for-equity deal and S$18m is now being paid in cash by First Alverstone. We’ve already paid S$12m to bondholders and the remaining S$6m will be paid next year.”

These developments mean that First Alverstone has now invested a total of S$34m into SunMoon since the original bailout, with the latest injection of S$18m converted into shares. That gives First Alversone a more than 30 per cent shareholding in SunMoon, with the balance held by public shareholders in the Singapore-listed company.

“For SunMoon as a company, this amounts to a brand new start,” said Loh. “We have a clean balance sheet and we can now focus on growing the company with our fresh produce and consumer products divisions in the region.”

The SunMoon brand was built on high-quality Chinese Fuji apples and Asian pears sourced from the former FHTK plantation and packhouse operations in Shandong Province. While the group offloaded those debt-bearing operations some time ago, opting instead to source from approved packers, Chinese apples and pears remain a cornerstone of its fresh produce division, which is managed by Ivan Chua. But the company is also working to develop a global sourcing programme to apply the SunMoon brand to products from a range of global supplying countries for marketing through its network of customers in Asia and the Middle East.

Dehydrated garlic and onions have always been key lines for the company, with product sourced from its processing plant in Tai’an in Shandong Province, but SunMoon has also begun to also trade fresh garlic and ginger from the region.

While the fresh produce and dehydrated products divisions still constitute the core business for SunMoon, the company also wants to build up its consumer products division, which is focused on delivering fruit in convenient and value-added snack formats. Headed up by Bobby Chew, the division has launched a range of fruit-in-cups produced in China and Thailand, including options such as longan, tropical mixed fruit and longan and pineapple. It is also marketing juices and freeze-dried snacks. “We’re focusing on adding value for supermarkets with these products, and while it’ll take three years to reach commercial scale, we see great opportunities,” said Loh.

One of the markets SunMoon is targeting with these products is Indonesia, where its brand is well known. “We already work with the number one supermarket chain Indomaret there, which gives us access to around 9,000 sales points,” said Chew.

SunMoon is also keen to re-enter the China market, where it was previously forced to sell three of its trademarks as part of its debt negotiations. Loh says the company has now regained ownership of its trademarks, and it plans to make the most of them through marketing of an enlarged product offer.