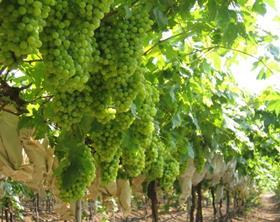 While India’s fresh produce industry grapples with the effects of the coronavirus (Covid-19), exporters hope once the pandemic passes they can return to the environment that saw consistent growth in the past five years.

According to data from Fresh Intelligence Consulting India exported 804,640 tonnes of fresh fruit in 2019. This was a 32 per cent more than in 2018 and matched a long-term trend that has seen exports increase 13 per cent per year over the past five years.

Just three fruits account for the majority of India’s fresh fruit exports, table grapes led the way in 2019 accounting for 30 per cent of all exports.

India’s other key exports are bananas and pomegranates, which accounted for 22 per cent and 12 per cent of exports in 2019 respectively. Exports of both also increased in 2019, bananas grew 51 per cent to 175,306 tonnes while Pomegranates grew 34 per cent to 96,013 tonnes.

India is the world’s largest producer of bananas, producing a total of around 30m tonnes however only 0.6 per cent of that is exported. India has a growing customer base in the Middle East regions for its bananas with Iran, Oman and the UAE all main destinations.

In terms of decreases, the volume of India’s fifth largest fresh fruit export, mangoes, dropped by 20 per cent in 2019 to 39,265. Still, this does come as a significant blow to the country’s mangoes industry as only a tiny fraction (0.2 per cent) of the country’s 20m tonnes of production is exported.