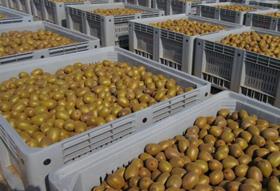 Ministers from the countries involved in the RCEP, including the ten ASEAN states five of their FTA partners: Australia, China, Japan, New Zealand, and South Korea, signed the agreement on 15 November.

“Without clear trading arrangements, improved market access and reduced tariffs, it is extremely difficult to export from the bottom of the world to larger economies like Asia and Australia,” said Chapman.

“Of immediate benefit to horticulture is the expectation that customs authorities will release perishable goods within six hours of arrival. This will help ensure that our produce arrives on consumers’ tables in the best possible condition.

“Also of significant benefit is that the agreement provides a process for addressing non-tariff barriers within clear timeframes.”

After a year that has been marked by so much turbulence because of Covid-19, Chapman said the RCEP would bring some certainty to New Zealand’s horticulture industry.

“In summary, agreements like the RCEP mean greater volumes of produce can be exported, with the higher returns going directly back into regional New Zealand and local communities,” Chapman said.

“Given the countries involved and the size of their population, the RCEP will help New Zealand’s economic recovery from Covid-19 by strengthening trade links in the Asia-Pacific region and keeping the flow of goods and services moving.”