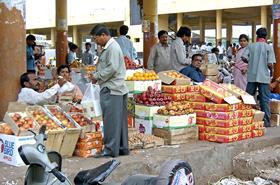 In an address to the nation on 19 November, Modi said all three of the laws, which were introduced in September 2020, will be abolished.

'Today I have come to tell you, the whole country, that we have decided to withdraw all three agricultural laws,' Modi said.

'In the parliament session starting later this month, we will complete the constitutional process to repeal these three agricultural laws.'

The Indian government introduced the laws to deregulate the agricultural industry, a move it said would create more opportunities for the country’s farmers.

Changes included allowing farmers to sell their produce outside of government-regulated wholesale markets, including through e-commerce channels and providing the legal framework for contract farming including pre-arranged pricing.

However, some farmers argued the changes would make them vulnerable to competition and/or exploitation from big business.

'This law was brought in with good intentions,' Modi said, adding the government was unable to 'make them (farmers) understand the importance of the agricultural laws'.